A Prayer for Owen Meany

A Prayer for Owen Meany by John Irving
My rating: 5 of 5 stars

I had avoided this book when it first became popular quite a few years ago. The title was off-putting to me, as I didn't really want to read a book (especially a long book!) based on religion. However, I love several of John Irving's other books (The World According to Garp, The Hotel New Hampsire, The Ciderhouse Rules, etc.) and when I started listening to books on tape I decided that I could finally give it a chance.

It's a good thing I was listening to it during a long driving trip, because the first quarter of the book didn't really grab me. But since I couldn't really put the book down and pick up another one, I was committed to hearing it through. Wow, am I glad I did! The characters in this book never ceased to surprise me, and I literally fell in love with the title character. The narrator ... Owen's lifelong friend, John Wheelwright ... at first seems a little stiff and self-righteous, but as the story unfolds, you begin to understand him too. As in most of Irving's books, comedy and tragedy seem to always go hand-in-hand.

Since I listened to the book instead of reading it, I don't know how a hard-copy book-reader would have felt about Owen's distinctive voice, which is one of the most unusual and important things (along with his diminutive size) about him. In the audio book, the reader created an "Owen voice" that at first was irritating to me, but ultimately became very endearing. I would highly recommend listing to the audio book for this reason alone.

I wish Owen Meany were a real person, and I wish I knew him.

View all my reviews
Posted by Linda Teddlie Minton at 10:52 PM 4 comments: 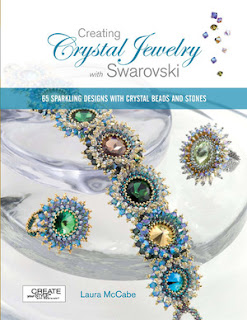 I'm finally getting up my nerve to thin out my desperately groaning bookshelves, which I painstakingly (and expensively) hauled from Houston to San Antonio when I moved a year and a half ago.  I couldn't bear to let any of them go at the time, and yet have not had time to look at any of them since. 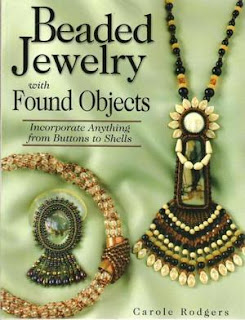 Right now I'm going through my beading books ... soooo many gorgeous books that have never even been opened or read, but that I just HAD to have at the time!  Many were also gifts from family and friends.  These are truly beautiful books, and so I've taken the step of opening a store at ebay's half.com.  It's pretty easy (if a bit time-consuming) to post the books, and they even have suggestions for sales prices.  I'm selling these mostly brand-new books at ridiculously low prices, but at least they will be out of my house and I will (hopefully) make a few pennies.   These are just a few I'm showing here ... I think I've listed about 25 or 30 so far. 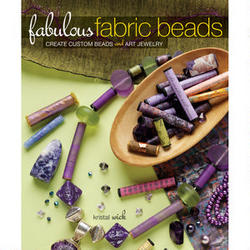 I've put a link (the picture of the stack of books) over in the left column, or you can just click here to get directly to my store on half.com.  You are welcome to browse any time, and be sure to check back ... I'll be posting more books soon ... quilting and art books as well.
Posted by Linda Teddlie Minton at 7:15 PM 2 comments: