At last ... pictures from the family Christmas get-together of 2012.  Mom & Dad came down from Austin to the home that my sister, brother and I share in San Antonio.  We did minimal decorating but lots of cooking.  Likewise, we mostly gave silly "joke" gifts but celebrated mightily.  Here are some of my favorite pics of some of my favorite people in the whole world.


As with most families these days, we were missing a few members for the holiday ... my  brother Don and his family who live out of state, my nephew Colter who couldn't join us, and those who have "gone before us."  Nevertheless, we all enjoyed each others' company and the celebration of the season.   Here's hoping you did too.

I've been so wrapped up in the Inauguration Day today (haven't you?) that I was inspired to go out and be a Good Citizen.  It sort of ties in with my Random Acts of Kindness anyway, and I was in such a good mood that it didn't take any effort at all.  Here are some of the opportunities that presented themselves to me today.

I had at least four casual conversations with four different elderly people in the grocery store.  One was looking for something, and the others just looked "ripe" for a little conversation.  I really should take time to do this more often.  I always come away feeling that I have done a good deed, and I always enjoy it, too. 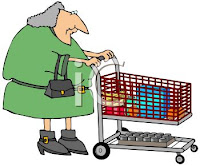 I had a long conversation with a mentally handicapped young woman who was eager to tell me something.  I couldn't understand much of what she was saying, and her mother (or guardian?) tried to pull her away, but I let her know that I was happy to listen.  Again, this was something I did as much for myself as for her.  She gave me a huge hug when I finally said I had to go, and I wore a happy glow for the rest of the afternoon. 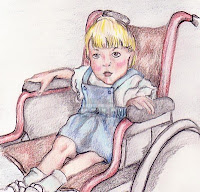 Later, I "bravely" approached three young servicemen in uniform and shook their hands, thanking them for their service.  They seemed very surprised and embarrassed, but thanked me most sincerely.  I often think about doing this, but usually don't ... either because I'm in too much of a hurry, or am too shy.  I decided not to be shy anymore.

I gave a young mother with a small child my place in line at the checkout stand.  (OK, this was mostly so I wouldn't have to listen to the kid whining the whole time I was checking out ... but still!) 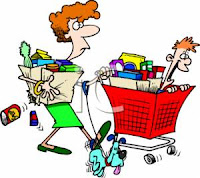 Oh, and I returned my shopping cart to the cart corral.  That counts too, right?